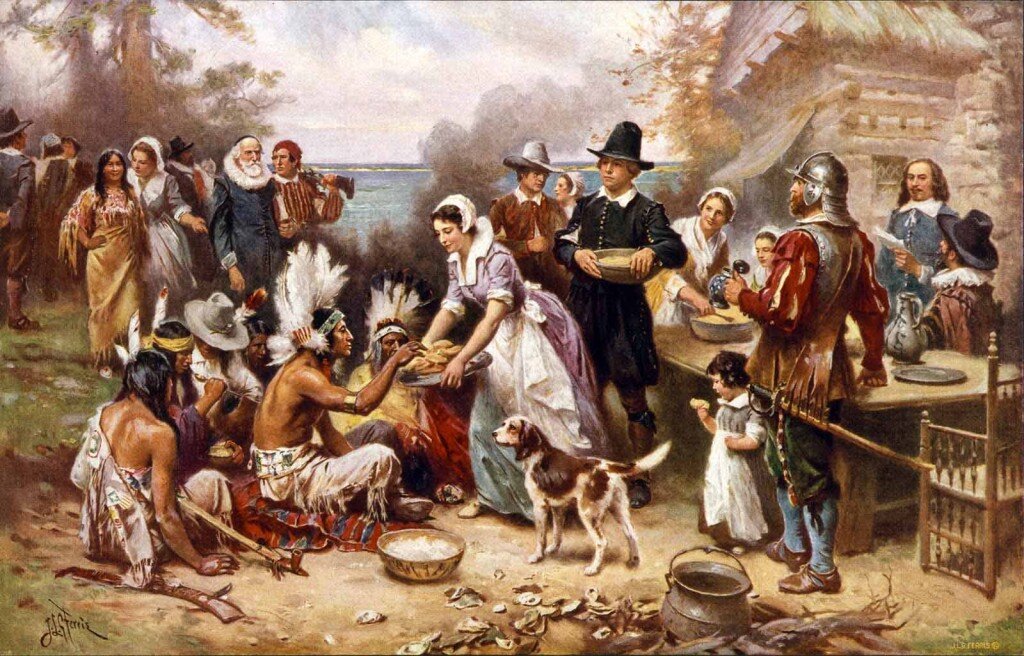 Thanksgiving… it’s a time of family, football, and… shopping. But it wasn’t always like this. Except for the family part.

It was September, 1620. The Pilgrims had just landed near Cape Cod and set about establishing a village in Plymouth. Through an incredibly harsh winter, the Pilgrims lost more than half of those who had made the journey to the New World. Of the 102 Pilgrims who’d come over on the Mayflower, only 44 survived.

When spring came, the remaining Pilgrims returned to cultivating their land and establishing their new home. It was March of 1621 when they were met by an English speaking native named Squanto. Squanto taught the Pilgrims how to plant, cultivate, and hunt in their new home.

That fall, the Pilgrims reaped a successful harvest, and invited their Indian friends to celebrate God’s blessings with them. November 1621 is thus credited with the first ever Thanksgiving celebration, though the Pilgrims did not use that term. The Pilgrim’s first Thanksgiving was a three day feast featuring deer and various fowl, most likely including wild turkey, duck, and geese.

In modern America, nearly 90% of our families will celebrate Thanksgiving with a turkey centered feast. Many will then participate in an annual backyard football contest. Others will watch from the nearest sofa. And if it’s not football, they’ll probably be watcing a Thanksgiving parade; the Macy’s Thanksgiving Day parade has happened every year since 1924!