Our Gazebo Plans Detail Every Step of the Process

Building a gazebo? It’s a brilliant idea. Who doesn’t want a gazebo? Where there’s people, there’s picnics and parties, and no better place to host them than in a gazebo!

Building a gazebo is a commendable goal. Making that dream a reality is another thing altogether. Because, well, you actually have to build it. After all, it’s not a gazebo until it’s assembled! And without gazebo plans, all you have is a pile of wood, nuts, and bolts. From fascia boards to roofs and railings, so many pieces and options, but what goes where, when, and how? If you’re not a skilled woodworker, you have a real challenge on your hands!

You’ve probably already searched the Internet for the perfect gazebo plans, and found they all have similar elements. Clearing a space, ensuring a good foundation, framing, parts list, roofing, etc. But how do you know which gazebo plans are right for you? Why don’t the gazebo plans you downloaded from one site match with what that other site is telling you? And neither set matches anything you had in mind!

Or maybe in your searching, you found you don’t want to build a gazebo after all. A pavilion or pergola is more to your liking.

Gazebo, pergola or pavilion, we’ve got you covered. You can take the guesswork out of your project with one of our handy kits. ACG gazebo kits come with our detailed gazebo plans. Pergola kits come with pergola plans. Pavilions come with pavilion plans. You need plans? We’ve got plans.

Our gazebo plans walk you through the assembly process in an easy to follow, step-by-step method. Our written instructions come with directions, building tips, diagrams, and images.

Why buy pieces of a gazebo at your local hardware store and resort to hoping it comes together the way you’d like, when you can purchase a genuine Amish gazebo kit and know exactly what you’re getting? Our detailed gazebo plans ensure swift assembly of exactly the gazebo you wanted in just a day or two with the help of a few friends!

At Amish Country Gazebos, we take the speculation out of your project. You want pressure treated lumber? Done. Vinyl? Done. When you order one of our gazebo kits, the pieces for your gazebo are pre-cut and ready to go the moment they’re delivered to your location.

We want to make sure assembling your gazebo is both easy and enjoyable, and we are always available to answer any questions you may have. If you can’t find the answer in our gazebo plans, our design team is just a phone call away and ready to help walk you through any phase of the assembly process!

Looking for something bigger than our kits allow? Is the gazebo you want too extensive for you to tackle alone? Consider one of our custom gazebos; our team will not only deliver it to your site, but assemble it for you, as well! No plans necessary!

From shape and size to benches, cupolas, weathervanes, shingles, and an electrical package, there’s a lot to consider when planning to build a gazebo. But whatever the purpose or size of your gazebo, smart construction is essential to ensure a lifetime of enjoyment from your gazebo.

At Amish Country Gazebos, we are the ultimate choice for beauty and durability. In addition, we are the only gazebo company in the USA to offer a Lifetime Guarantee.

So what are you waiting for? Stop searching the Internet for the perfect gazebo plans. Choose an Amish Country Gazebo to know exactly what you’re getting, and ensure a simple and cost effective project which will bring you a lifetime of enjoyment!

Ready? Click here to design your own gazebo now and see what your gazebo will look like after assembly.
Plan Examples 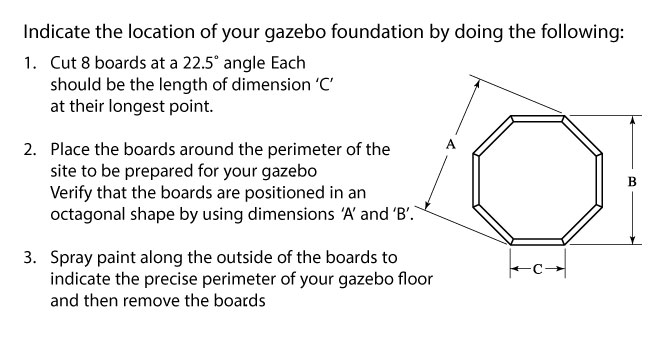 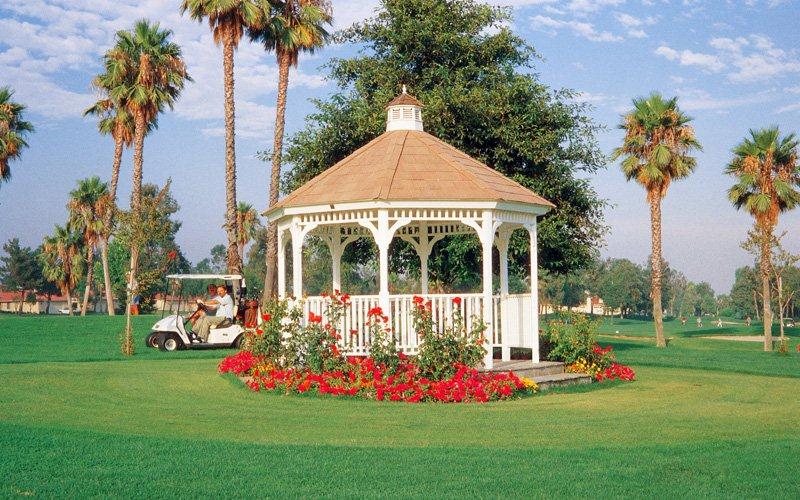